The Vilnius University was established on 7th July 1578, pursuant to the Royal Decree of King Stefan Batory. The royal act of establishment has been conﬁrmed by the papal bull of Pope Gregory XIII on 29th October 1579 and by resolution of the Seym adopted in 1585. Before the rise of the Academy in Vilnius several schools had operated one of them founded by Peter Roizjusz. Thanks to the activity of this famous scholar and lawyer, the elements of Roman law were taught in Vilnius even before the creation of a university in Lithuania. At the beginning of the Academy there were no faculties of law or medicine. Presumably, this was connected with a lack of qualiﬁed staﬀ in Lithuania. Only under the privilege granted by King Władysław IV, dated 11th October 1644 was a law faculty opened (composed of a chair of canon law and two of civil law). It is very hard to present a list of professors of Roman law (civil) at the University of Vilnius. Perhaps this is due to the fact that apart from Roizjusz, other scientists interested in Roman Law did not teach in Vilnius. Presumably there was only one chair of civil law (Roman). There is no doubt that Roman law played an important role in the training of lawyers and was taught intermittently throughout the remaining period of the operation of the Academy. In addition, preserved sources reﬂect the scientiﬁc work of professors, who were employed there. Following the example of other universities, the Academy of Vilnius awarded in this ﬁeld a combined doctoral degree embracing “both laws” – civil and canon, which applied primarily to future law professors and high-ranking prelates who performed public functions. Probably there were no promoted doctors of civil law. The basis of the lectures were institutions of the Roman law of Justinian, and their content was not diﬀerent from the standards adopted in other universities. 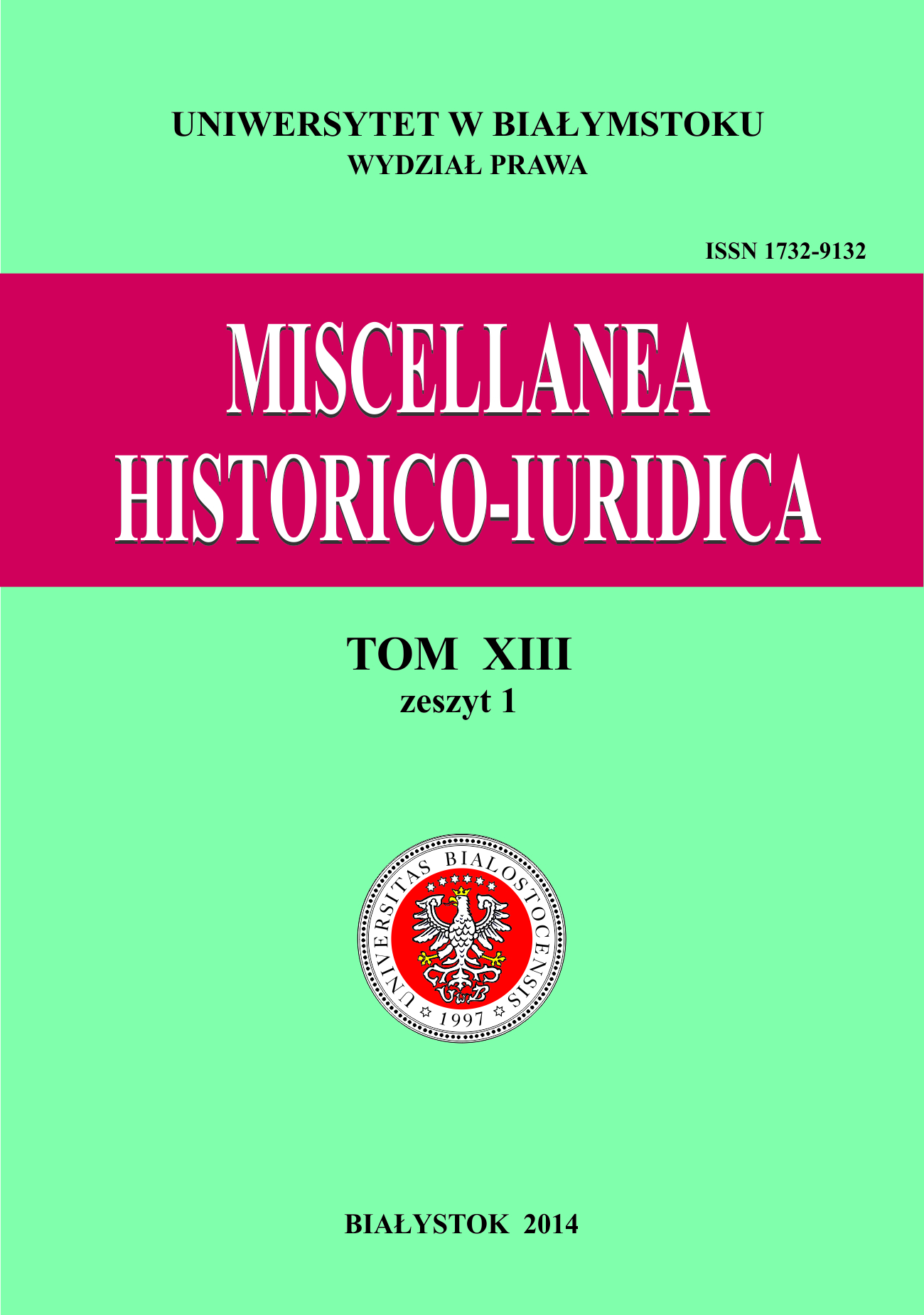 Niczyporuk, P. (2014). Roman Law in Vilnius in the Period of Existence of the Academy of Vilnius. Miscellanea Historico-Iuridica, 13(1), 11–34. Retrieved from http://miscellanea.uwb.edu.pl/article/view/214
Download Citation